A story is told of a prince who wants to marry a real princess, but is having difficulty because there are many pretenders who are in fact not princesses at all. One stormy night a young woman drenched with rain seeks shelter in the prince’s castle, claiming to be a princess. So the prince’s mother offers her a bed covered by 20 mattresses and 20 feather-beds, with a single pea at the very bottom. In the morning, the guest tells her hosts that she endured a sleepless night, kept awake by something hard in the bed that has bruised her badly. The prince and his family rejoices. Only a real princess would have the sensitivity to feel a pea through so much bedding! So the two get married.

Here is a children’s fairy tale with the subtle message that no one is worthy of the prince’s hand except those with the “blue blood” of princesses! Unfortunately it reflects a tragic reality that exists even today. An article about Princess Kate talks about the class divide that still plagues Britain: “She may be beautiful, graceful and fabulously rich, but Middleton is still a ‘commoner’.”

Coming even closer to home, I hail from a country where the caste system is ingrained in our culture. India’s caste system is among the world’s oldest forms of surviving social stratification. At the top of the hierarchy were the Brahmins who were mainly teachers and intellectuals and are believed to have come from god Brahma’s head. Then came the Kshatriyas, or the warriors and rulers, supposedly from his arms. The third slot went to the Vaishyas, or the traders, who were created from his thighs. At the bottom of the heap were the Sudras, who came from Brahma’s feet and did all the menial jobs. Outside of this Hindu caste system are the Dalits or the untouchables. Christians in India are also often associated with castes that depend on the region and the language spoken.

Yet another way we humans distinguish ourselves from each other are by our race and ethnicity. This is sometimes referred to by the color of people’s skin – red, yellow, brown, black and white. The extreme abuse of this was found in Nazi Germany during the second world war. Nazi foreign policy was guided by the racist belief that an enlarged, racially superior German population should establish permanent rule in eastern Europe and the Soviet Union, and this led to the horrors of the holocaust.

In addition to caste and race, there is also an underlying thinking about class and pedigree. We just looked at the story of “The Princess and the Pea”. However, even in everyday life. We talk about the “poor”, the “middle-class” and the “rich”. 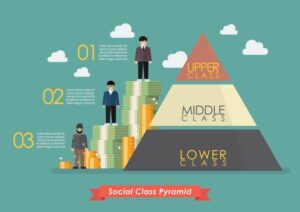 We also talk about “blue-collar” workers and “white-collar workers”, as well as about the “educated” and the “uneducated”. An extreme abuse of this was found in slavery, that used to be practiced until relatively recently. Today the exploitation of human beings still exists in a twisted, evil form now known as “sex slavery”, where typically younger children and girls are forced into prostitution. Even leaving aside these extreme forms of exploitation, considerations about class and pedigree have seeped right into our own homes! For example, often the dignity of labor that is taken for granted in America does not exist in third world countries such as India. Most homes employ maids who are not allowed to eat at the table of the home in which they serve, but sit on the floor with a different plates and glasses that only they should use, and are often treated as working machines rather than people. All of us (the exploited and the exploiters) have been conditioned to believe that they do not have a right  to be treated the same way as we are, in society.

The Christian gospel does not give room to us, for using these kinds of differences for social stratification. There are two premises that our fundamental to our Christian faith.

Thus the playing field is flat. No one has any intrinsic advantage or disadvantage over anyone else. In fact, often the things that we consider to be advantages may actually work against us the other way! But I digress – more on that in a later post. Flushing this out in detail in his letter to the Ephesians, Paul concludes: He Himself is our peace, who has made us one and has broken down in his flesh the dividing wall  … that He might create in Himself one new man …, so making peace, and might reconcile us all to God in one body through the cross (Ephesians 2:14-16). 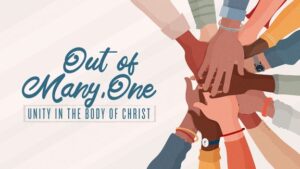 And Paul triumphantly states: There is neither Jew nor Greek, there is neither slave nor free, there is no male and female, for you are all one in Christ Jesus (Gal 3:28). This truth should so grip our hearts and minds, that it should spill into all our interactions with others: Show no partiality as you hold the faith in our Lord Jesus Christ, the Lord of glory. For if a man wearing a gold ring and fine clothing comes into your assembly, and a poor man in shabby clothing also comes in, and if you pay attention to the one who wears the fine clothing and say, “You sit here in a good place,” while you say to the poor man, “You stand over there,” or, “Sit down at my feet,” have you not then made distinctions among yourselves and become judges with evil thoughts? … If you really fulfill the royal law according to the Scripture, “You shall love your neighbor as yourself,” you are doing well. But if you show partiality, you are committing sin and are convicted by the law as transgressors. (James 2:1-4,8-9)

This radical way of thinking has caused fundamental changes in society that have reverberated across the annals of history. The US Constitution states: …We hold these truths to be self-evident, that all men are created equal. And after this there has been a civil war and a civil rights movement to uphold this now “self-evident” equality in the dignity and value of all human beings. Unfortunately, even truths such as this are not sufficient to erase centuries-old habits and biasses.

More unfortunate however, is the sad fact that although we Christians should be leading the way, we still have not fully embraced these profound truths in our personal lives and families. For example, these differences are deeply ingrained in the Indian Christian Community, and are evident in the choice of spouses we make for our children. One of the ripple effects of this is that most families do not even consider the option of adoption except when they have a need, such as in cases of infertility. Stay tuned for other posts, where I unpack the underlying reasons why I make these statements. May God grant us grace to transform our thinking from the inside, so that behavior becomes consistent with the faith that we profess!